Ever wonder what’s ripe at the Crescent City Farmers Market this week? Who will be there? Who is cookin’? Sign up here for our popular electronic newsletter Market Morsels to learn recipes, market updates, and food preparation tips from our own vendors, chefs, and shoppers. It’s published each Monday so you can prepare to shop for the week!

Thanks for signing up!

Cordelia Heaney joined Market Umbrella as Executive Director on February 1, 2021. Her career has focused on promoting economic justice and gender equity and has bridged a variety of industries, with experience in nonprofit management, fundraising, and grants development, public policy advocacy and development, and higher education administration, She was most recently the Executive Director of Compass Center for Women and Families in Chapel Hill, NC. She has previously held positions at Tulane University’s Newcomb College Institute and was the Executive Director of the Office on Women’s Policy at the Louisiana Department of Children and Family Services. She holds an MBA from the Tulane University A.B. Freeman School of Business as well as a Master of Fine Arts in Creative Writing from New School University and B.A from Barnard College. In her free time, Cordelia enjoys cooking and canning, trying out new restaurants, collecting records and cookbooks, and exploring New Orleans. 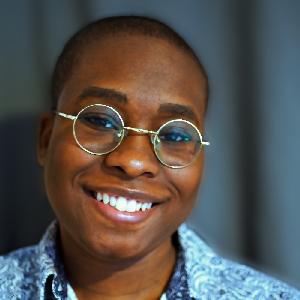 Ashanti Anderson's professional experience includes that of grants writer, program consultant, and writing instructor for both non-profit and educational institutions.Ashanti is an award-winning writer with family roots spread along the Gulf Coast. Her writing career began at Xavier University of Louisiana with a minor in Creative Writing; she went on to earn a Master of Fine Arts in Creative Writing at University of California-Riverside and then to study poetry at the Ezra Pound Center for Literature in South Tyrol, Italy. Winner of the 2018 New Orleans Literary Festival Poetry Contest and the 2020 Black River Chapbook Competition, In her free time, Ashanti is usually brainstorming a new project, spending time outdoors, or both.

Kasey Davis is a passionate public health professional originally from Houston, Texas.She holds a B.S. in Health Sciences: Community Health from Stephen F. Austin State University. In 2014, she moved to New Orleans to continue her studies in Community Health and Program Management at Tulane University School of Public Health. After Completing her Master's, she began her career with the American Diabetes Association where she implemented a number of health education programs to various populations across the state. Through that work, inequities around food continue to be a challenge. She is currently working toward a second Bachelors in Food and Nutrition from the University of Alabama. If nothing else, she is committed to being a resource for the community because you “do the best you can until you know better. Then when you know better, do better.”- Maya Angelou. In Kasey’s free time, she enjoys everything about New Orleans, spending time with her friends and family, traveling, and eating tacos.

Born and raised in New Orleans, Amanda is a public health professional specializing in local food systems and the effects of racism and social inequities on health. Graduating from Tulane University, she is a Posse Scholar with a B.S. in Public Health. During Amanda’s undergraduate career, she interned with organizations such as the Louisiana Health Department, New Orleans City Council, American Diabetes Association, and NOLA Food Policy Advisory Committee. With over 4+ years of extensive experience in the New Orleans food system, Amanda is dedicated to unpacking structures of inequity and increasing access to nutritionally valuable foods. Alongside joining Market Umbrella’s team, she is studying to obtain a Master’s degree in Nutrition at Tulane’s School of Public Health. Amanda’s passion for food access drives her overall career goals to create an equitable food system that is rooted, oriented, and driven by community members, for community members. She believes “it’s time to stop blaming the individual and start looking at how the system has failed them. 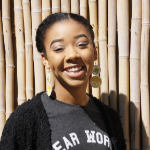 Born and raised in the Heart of Acadiana, Paige moved to New Orleans to attend the University of New Orleans. She holds a Bachelors of Interdisciplinary Studies in Public Health Studies. While completing her undergraduate education, she has interned with entities such as The Gift Breastfeeding Program, Odyssey House Louisiana, and post-graduation has worked at University Medical Center. Her passions are in community engagement and resource development, she looks forward to serving the New Orleans community. In Paige’s spare time you can find her making jewelry, cooking up new recipes, and participating in community events. 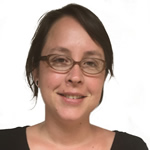 Angelina Harrison is originally from a small family dairy farm in Wisconsin. She grew up helping her mom can and preserve from the bounty of a kitchen garden and none of her food came out of a box. After graduating with honors from UC Berkeley with a B.S. in environmental science and policy, she went on to work in local government on various climate action plan implementation items including alternative transportation infrastructure, municipal curbside recycling, composting enhancement, and regional solar permitting standardization. She moved to New Orleans in 2011 and immediately got her hands dirty working for Hollygrove Market & Farm where she quickly became the market manager and then, the general manager. She is excited to make the transition from retail to public markets and continue her work building the local food system. Angelina is thrilled to be able to live in this beautiful city and still work with farmers. She enjoys festivals, second lines, and parades with her husband and daughters, and aspires to one day actually grow a tomato during a New Orleans summer. 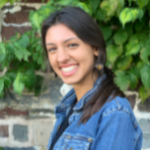 A passionate local food systems advocate, Francesca is excited to serve as Market Coordinator for the Crescent City Farmers Markets. Having recently graduated from Muhlenberg College in Pennsylvania with a B.A. in both Sustainability Studies and Psychology, she believes her degrees well encompass her two greatest passions - people and the environment! From her very first job working on a small New Jersey family farm to most recently researching and organizing food waste and redistribution efforts in Allentown, Pennsylvania, her work and studies have continuously informed the importance of local food systems as a crucial vector of systemic sustainability. In her free time, Francesca enjoys trying out new recipes for weekly potlucks with friends, watching environmental documentaries, and exploring New Orleans. She is overjoyed to call this city home and is excited to support and get to know the Crescent City Farmers Market community. 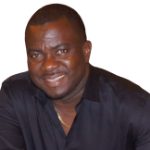 Joseph moved to the United States of America 23 years ago from Carrefour, Haiti. He obtained his first degree in Accounting in 1994 and worked as the Account and Finance Manager for Duchatour Travel Agency in Haiti for which he traveled back and forth to the United States to attend various seminars and conferences. In January 1998, Joseph decided to join and marry his high school sweetheart Edilienne Louis Jeune in New Orleans, Louisiana. From their union three beautiful children were born; Christelle, Herby and Juliette. Arriving in New Orleans, Joseph continued to be a community leader and a mentor for the Haitian youth. He co-founded the Haitian Catholic Community of New Orleans which he presided for over 18 years and remains the actual Music Director. Joseph is mostly known and recognized by the City of New Orleans for his zeal and dynamism as a board member of the Haitian Relief Task Force in which he was relentlessly raising funds and bringing relief from New Orleans to Haiti after the devastating Earthquake of January 12, 2010. He is still the radio host of La Voix d'Haiti, a radio program sponsored by the Haitian Relief Task Force and WRBH 88.3 FM that brought awareness about the humanitarian needs of the Haitian people after the Earthquake. After his work at the Task Force, Joseph went back to the University of New Orleans to complete and obtain his Bachelor in Science of Accountancy in May 2019 and currently working to become a CPA. Joseph owns and operates HETFAC LLC (Hector Tax & Financial Accounting Consultant). He is also a co-owner of Rendez-Vous Creole Restaurant, the best Haitian restaurant in New Orleans.

Market Umbrella is an independent nonprofit 501(c)(3), based in New Orleans, whose mission is to cultivate the field of public markets for public good. Market Umbrella has operated the Crescent City Farmers Markets (CCFM) since 1995.